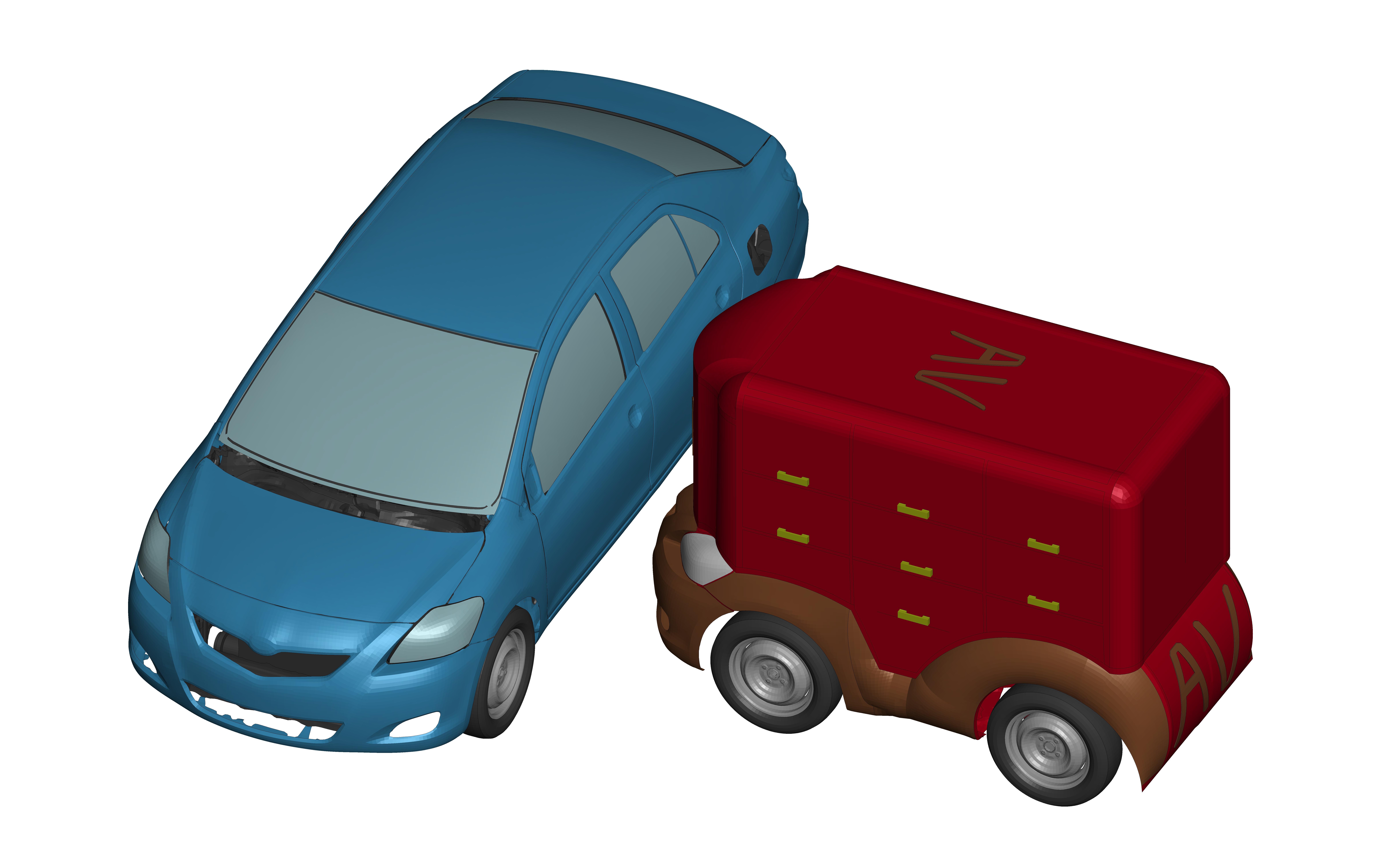 This project will propose testing and evaluation criteria to investigate crash compatibility between autonomous and human-driven vehicles, with consideration of different potential crash scenarios. Finite element computer models will then be utilized to conduct predictive simulations investigating potential cases of impacts between human-driven and autonomous vehicles. Current regulations defining IIHS testing criteria will be investigated to determine how the newly proposed testing conditions might need to be modified to address the worst-case testing scenario, such as maximizing the potential for occupant compartment deformation and intrusion during the crash event. Testing evaluation criteria might also have to be modified to address potential different occupant compartment deformation or areas intrusion. Recently approved autonomous vehicles types on US roads do not have an occupant compartment. They are used instead for good distribution, requiring a different, more compact and stiffer design, with very little room for deformation during an actual crash. The research team is planning to investigate the current IIHS crash compatibility regulations and propose testing criteria for addressing crash compatibility between most vulnerable human passenger cars and different classes of autonomous vehicles, ranging from small (~1,800-lbs) to large (~10,000- lbs.) sizes. This project would support potential testing criteria to be proposed to complement the current testing needs for the IIHS by exploring the most critical among different impact scenarios (side, rear, frontal), with varying speeds and inclusion of virtual dummies (as human-vehicles occupants).

Automated Vehicles
Transportation as a Service