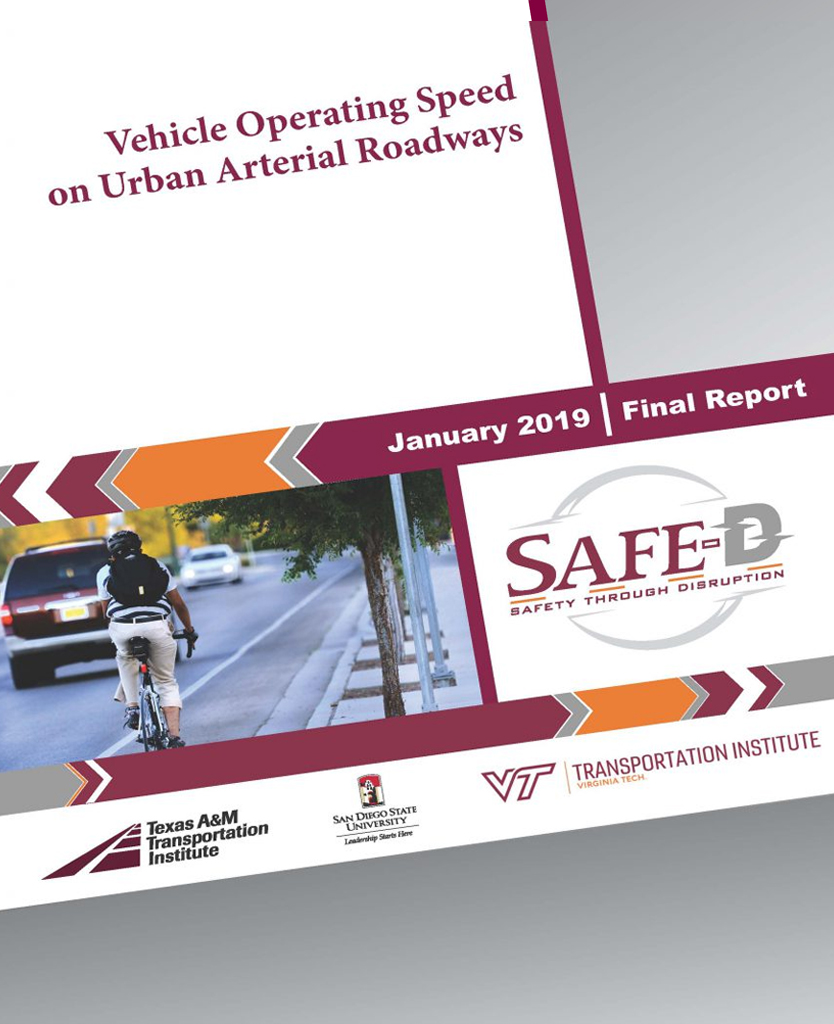 This research explored (1) the relationship between suburban vehicle operating speed and roadway characteristics, especially the presence of bicyclists and (2) whether crowdsourced speed data could be used to estimate the unconstrained speed for a location. Both vehicle volume per lane and bicycle volume were found to be influential in affecting average speed on lower speed urban arterial roadways. For 40.3 km/hr (25 mph) sites, an increase of 19 vehicles per 15-min period would decrease average speed by 1.6 km/hr (1 mph), and an increase of more than 39 bicyclists per 15-min period would decrease average vehicle speed by a similar amount. Because of the limited number of 15-min periods with bicycle counts greater than 1, the research team also developed a model using all available 15-min periods with on-road speed data. Speed and volume data in 15-min increments for 2 weeks at nine sites were obtained using on-road tubes and via a vendor of crowdsourced speed data. The difference between the tube data and the crowdsourced data was calculated and called TMCS as a representation of tube (T) minus (M) crowdsourced (CS). The geometric variables that had the greatest influence on TMCS were the number of signals and the number of driveways within a corridor. When only including non-congested periods, weekends (Saturday or Sunday) were associated with the smallest TMCS.